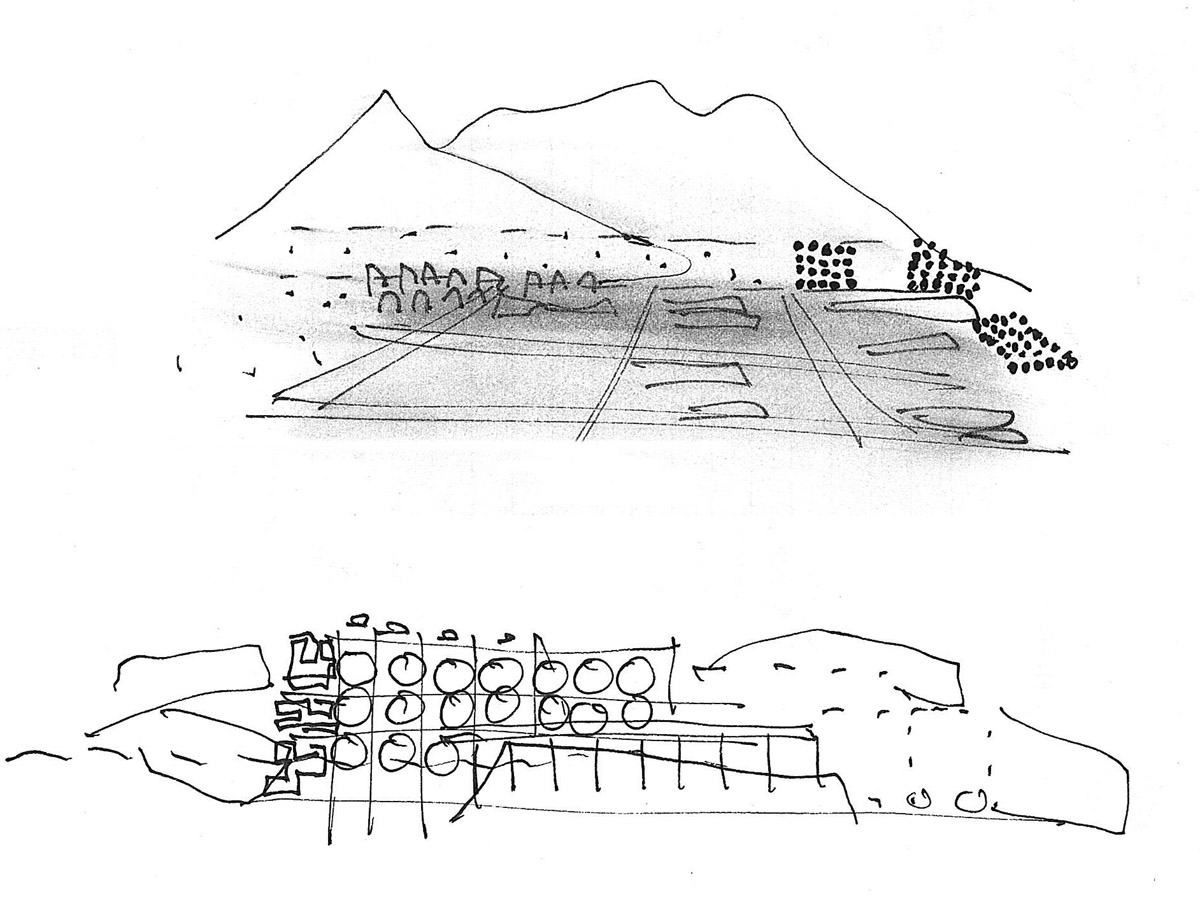 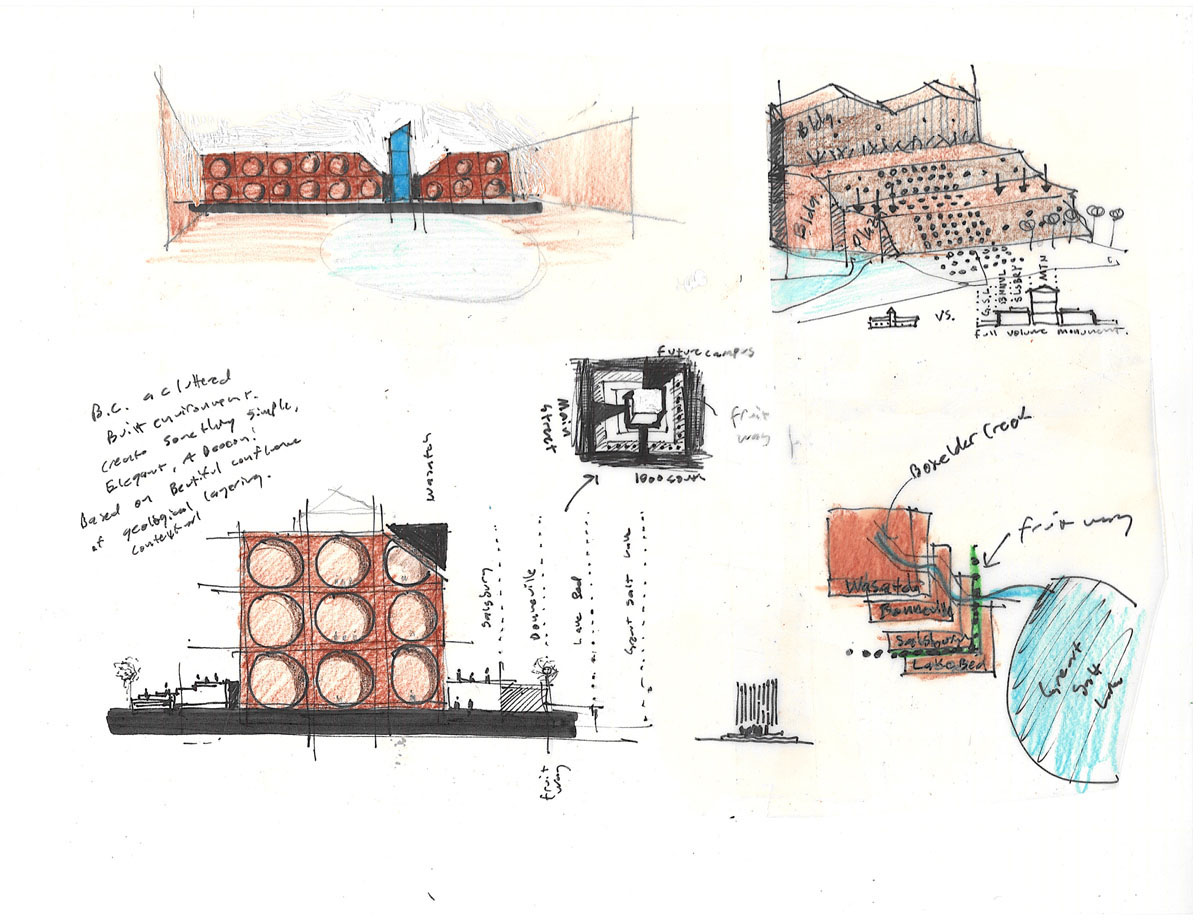 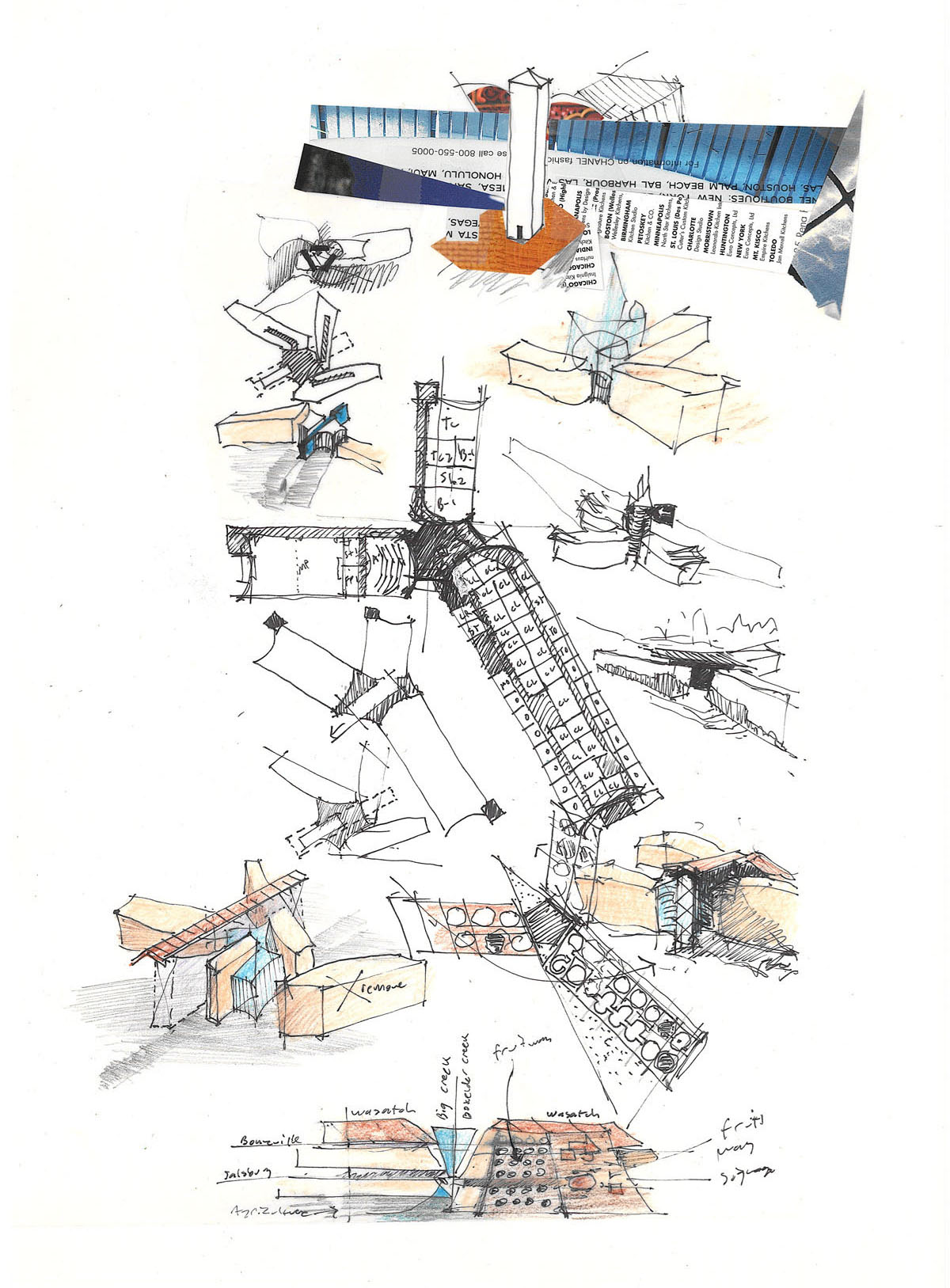 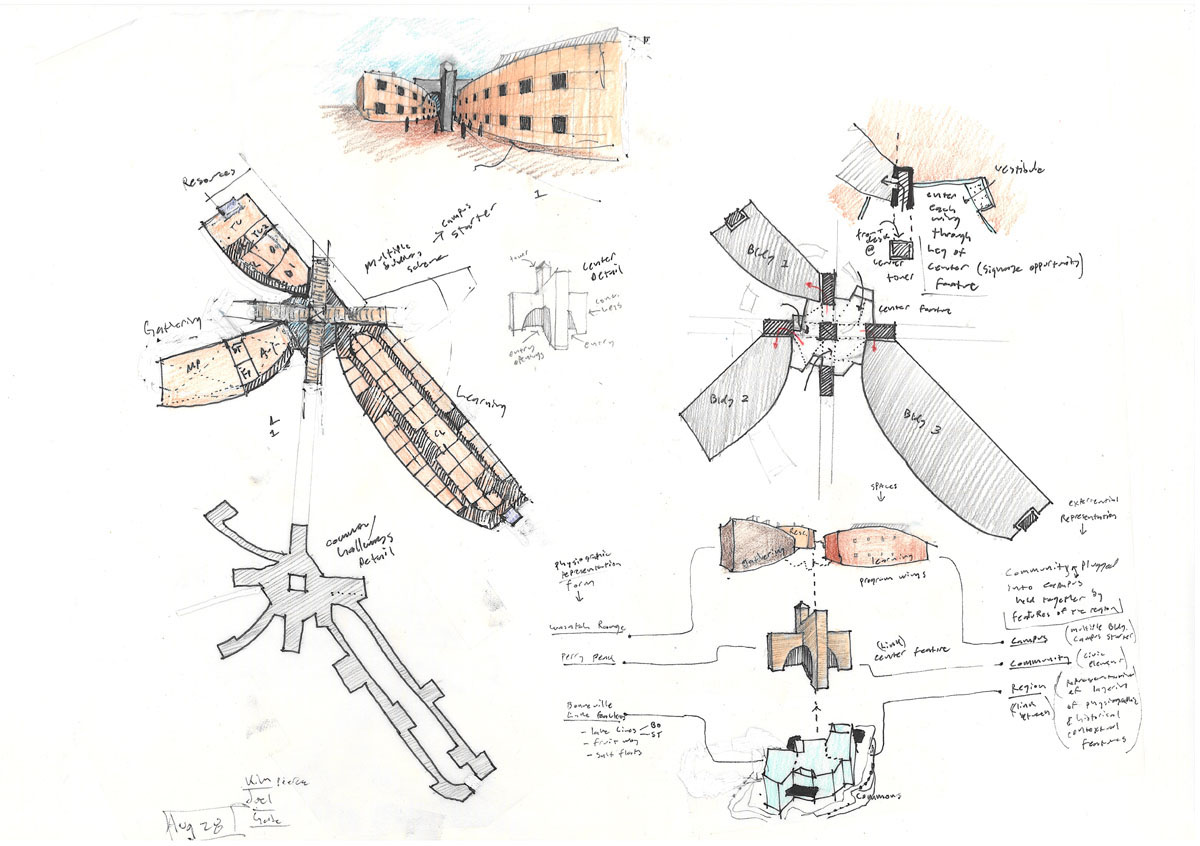 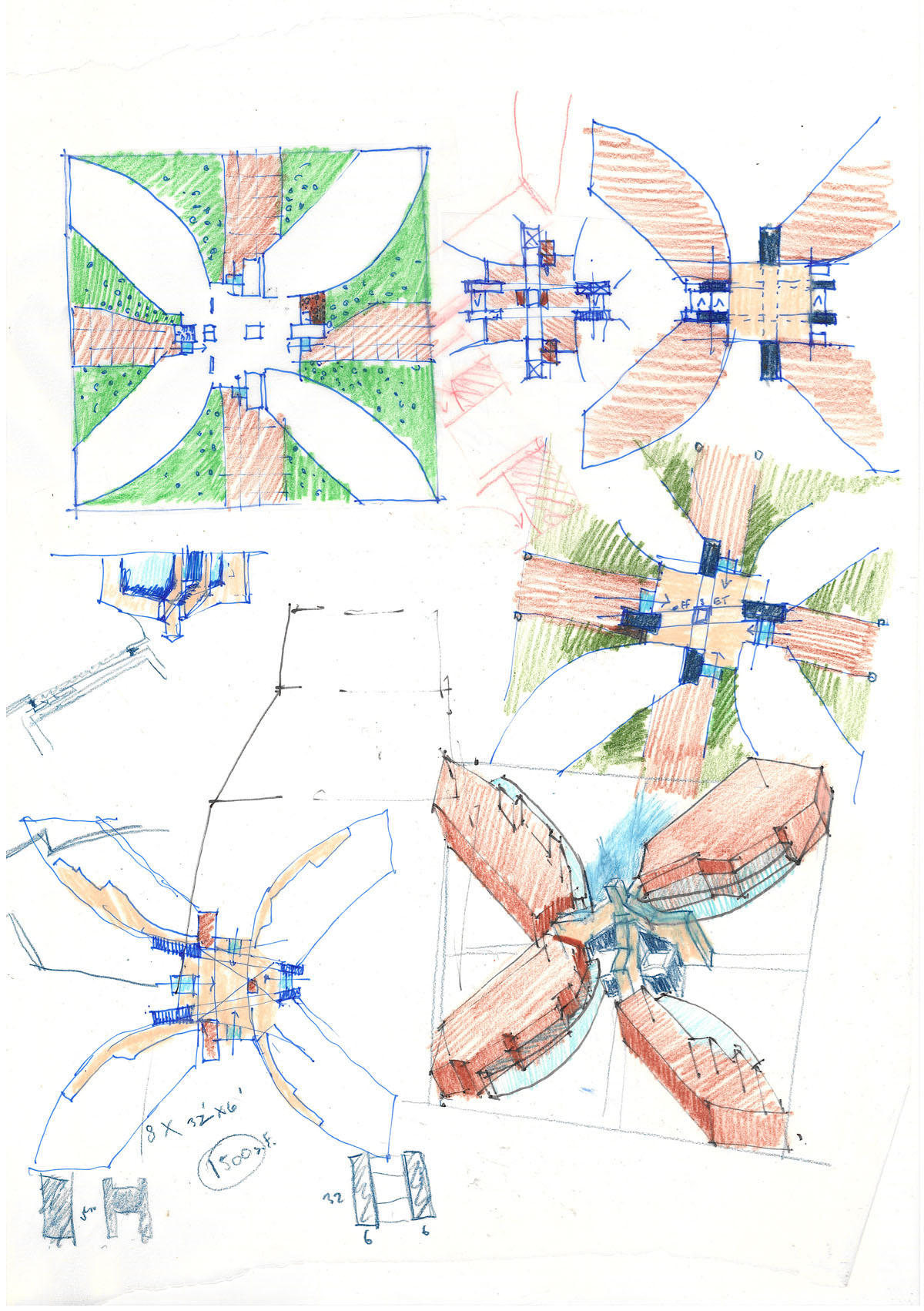 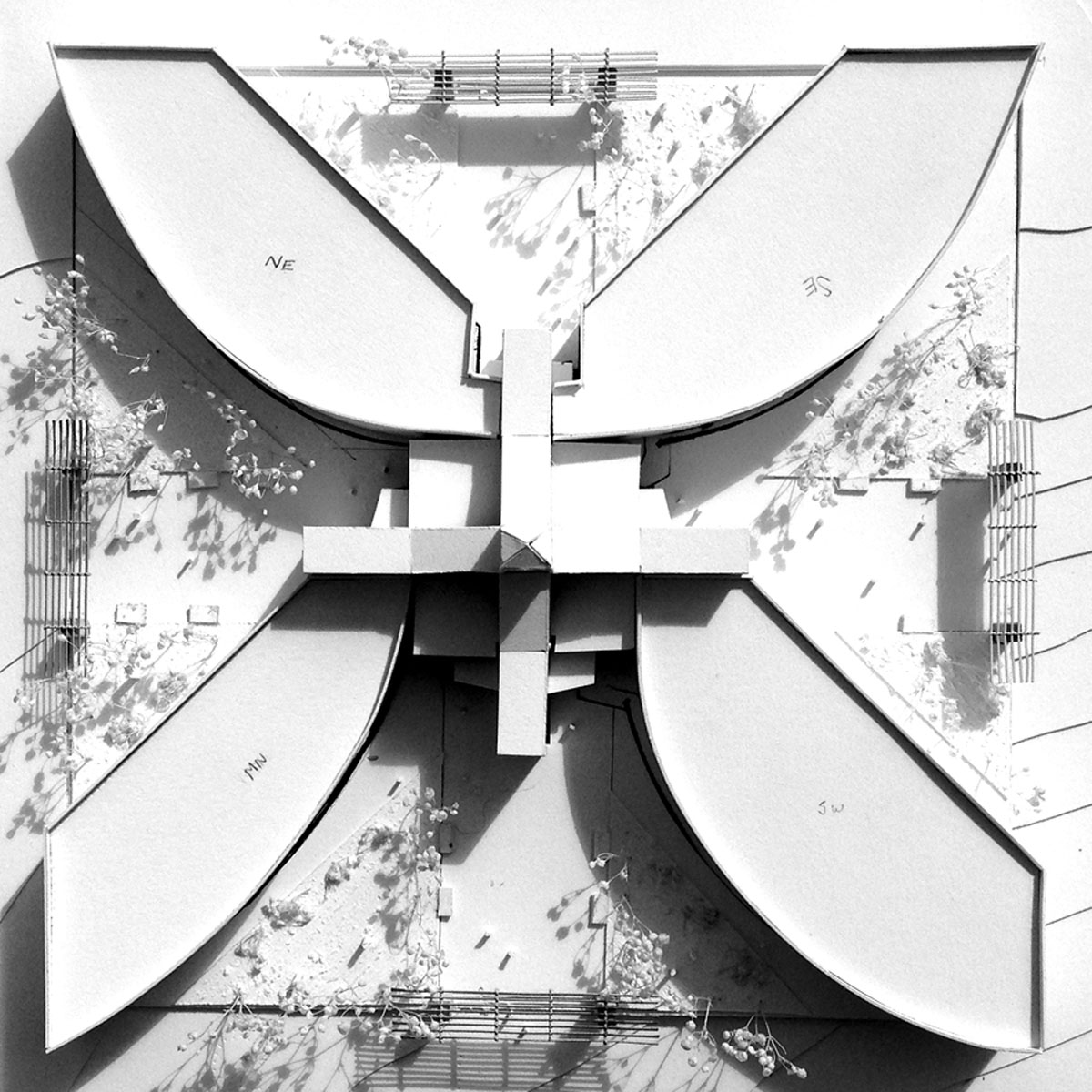 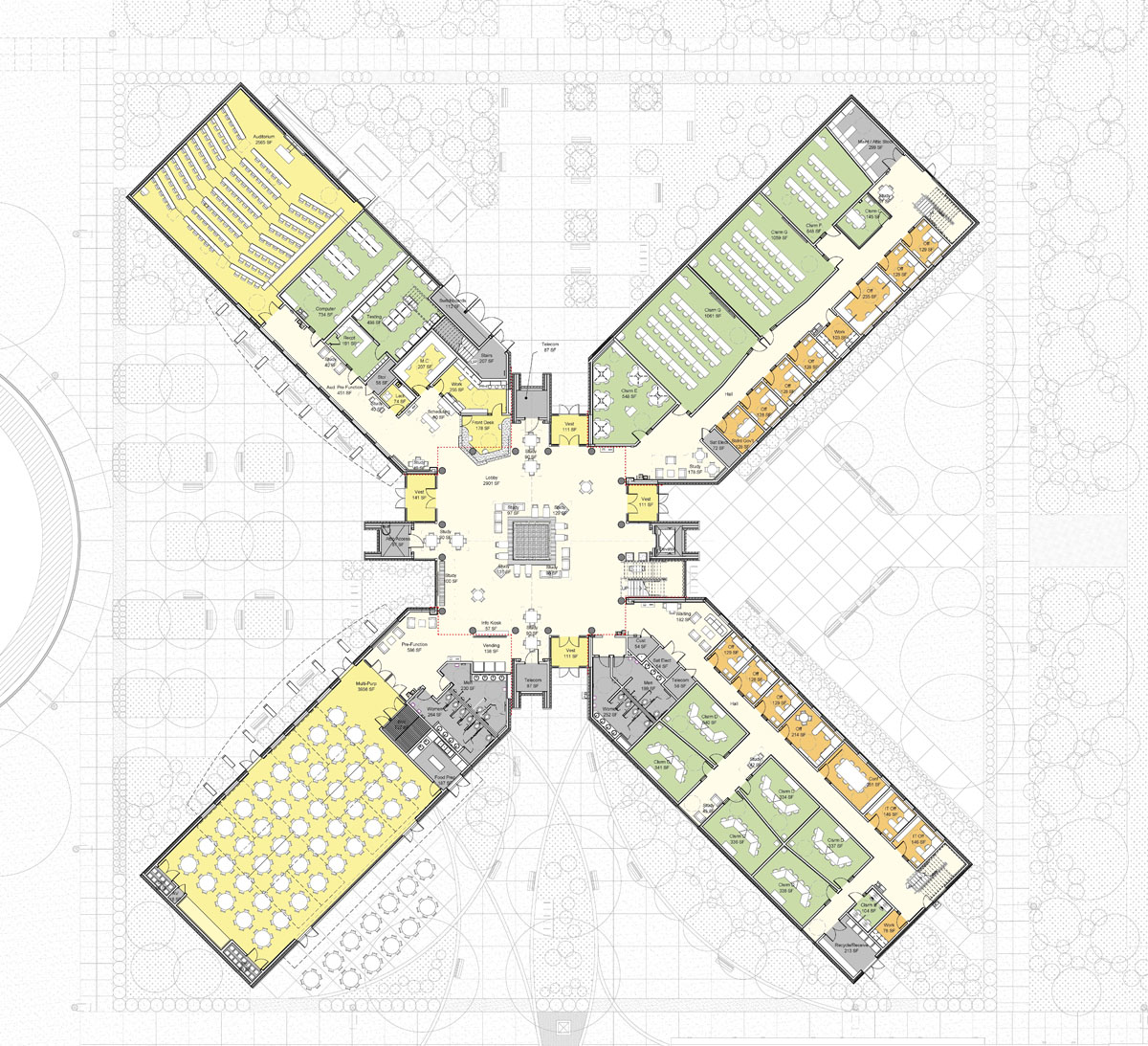 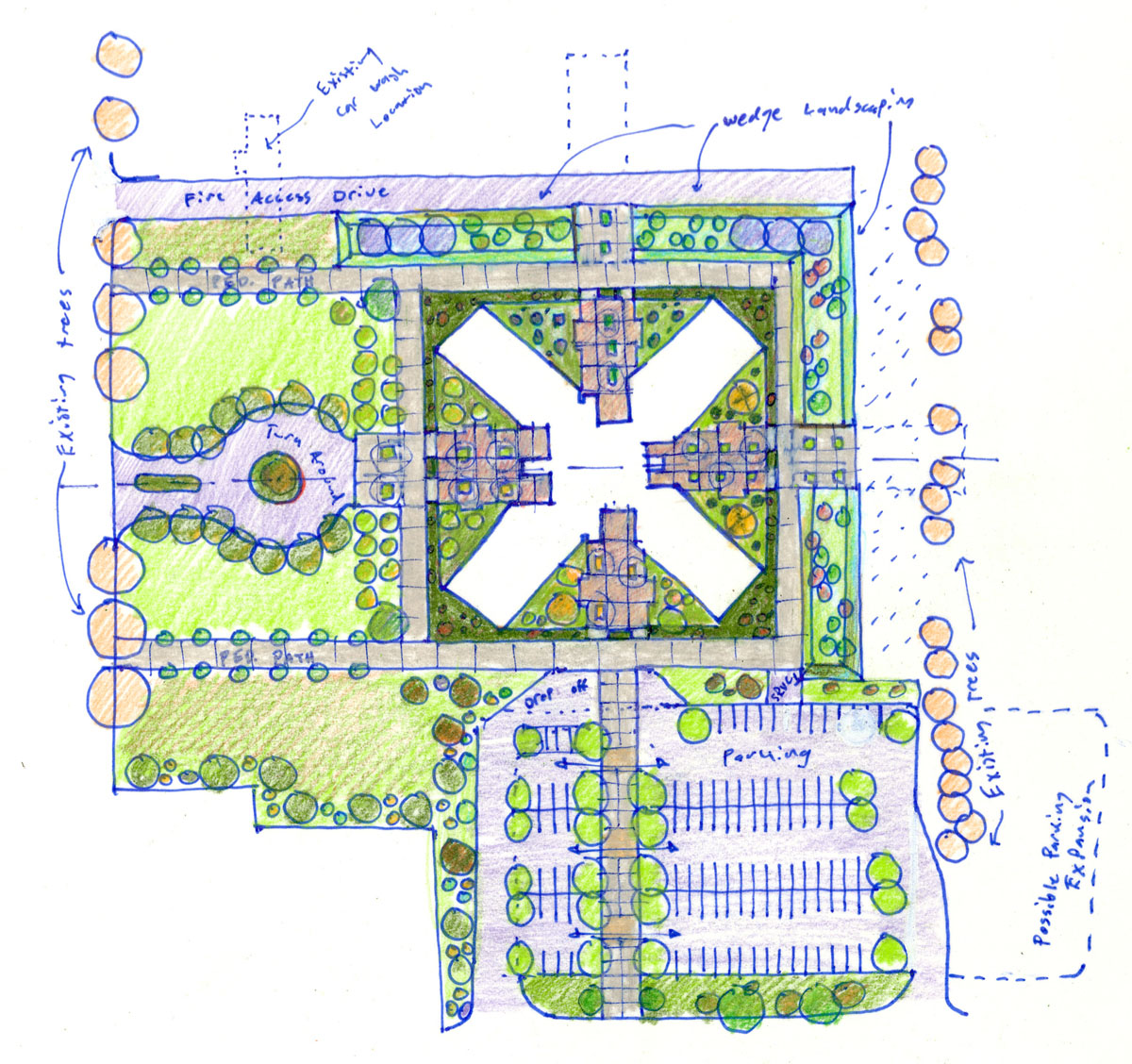 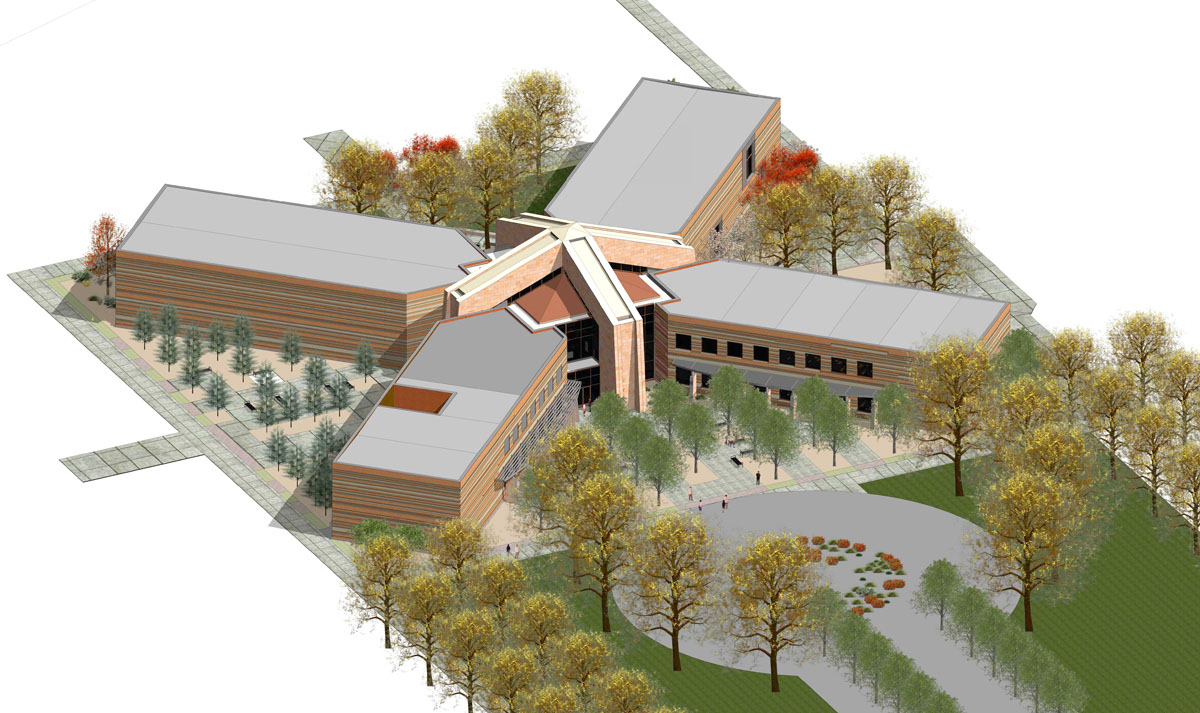 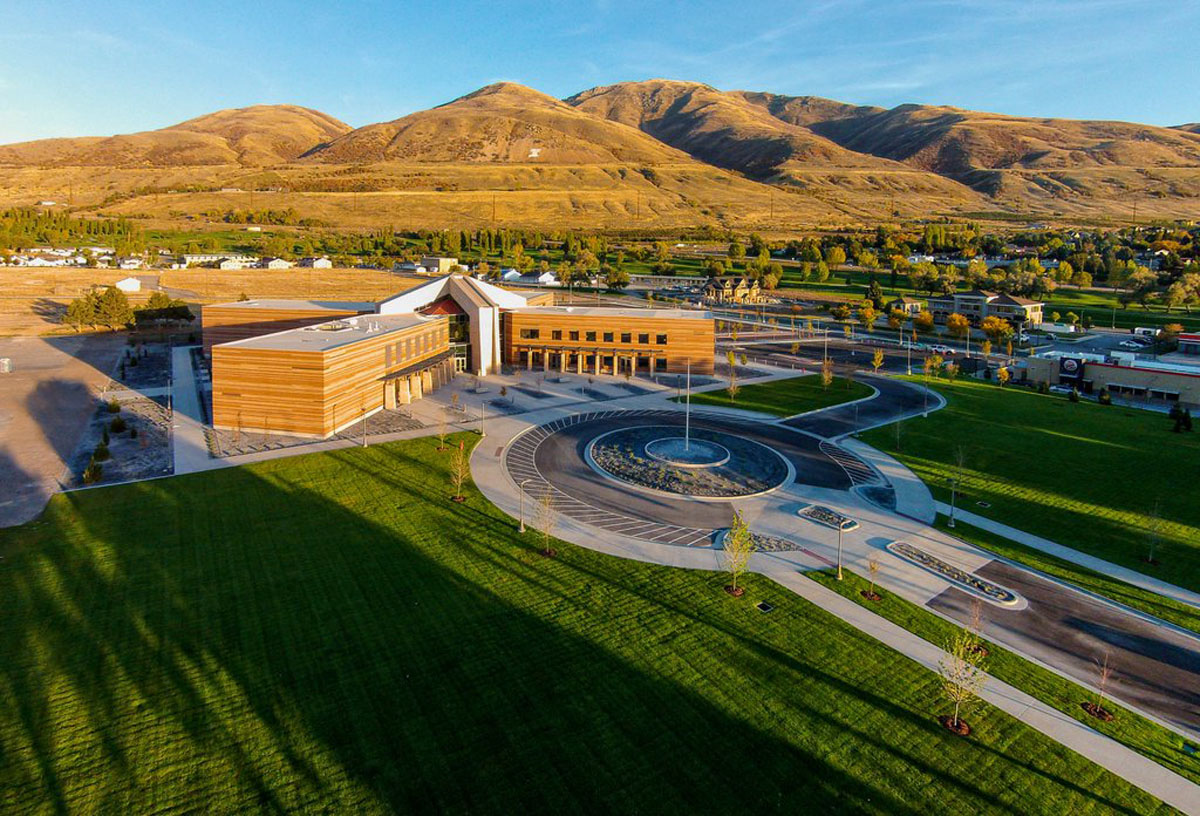 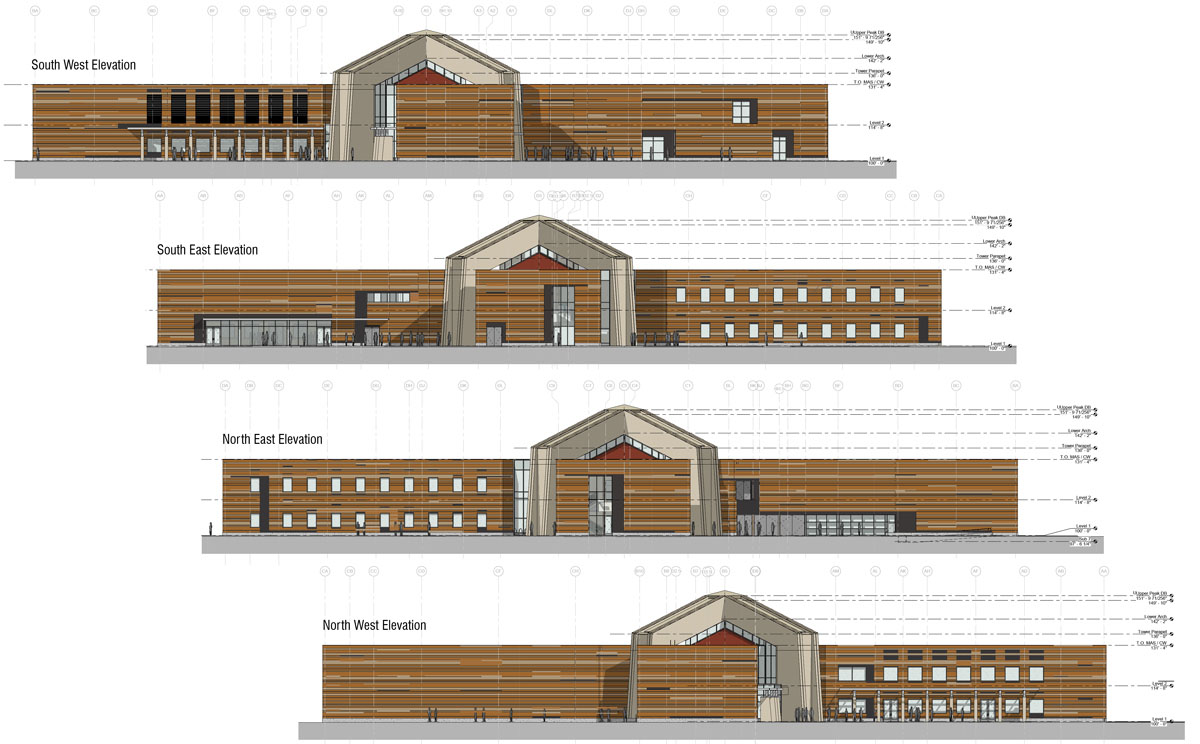 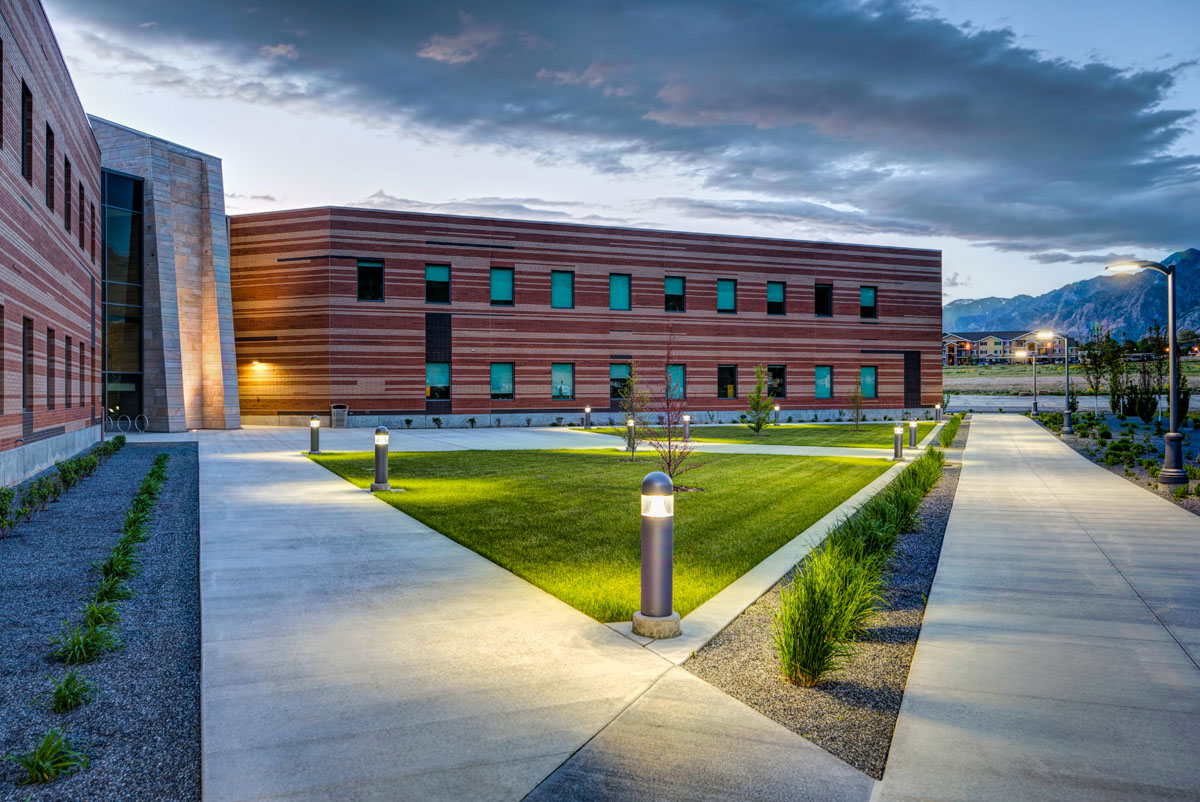 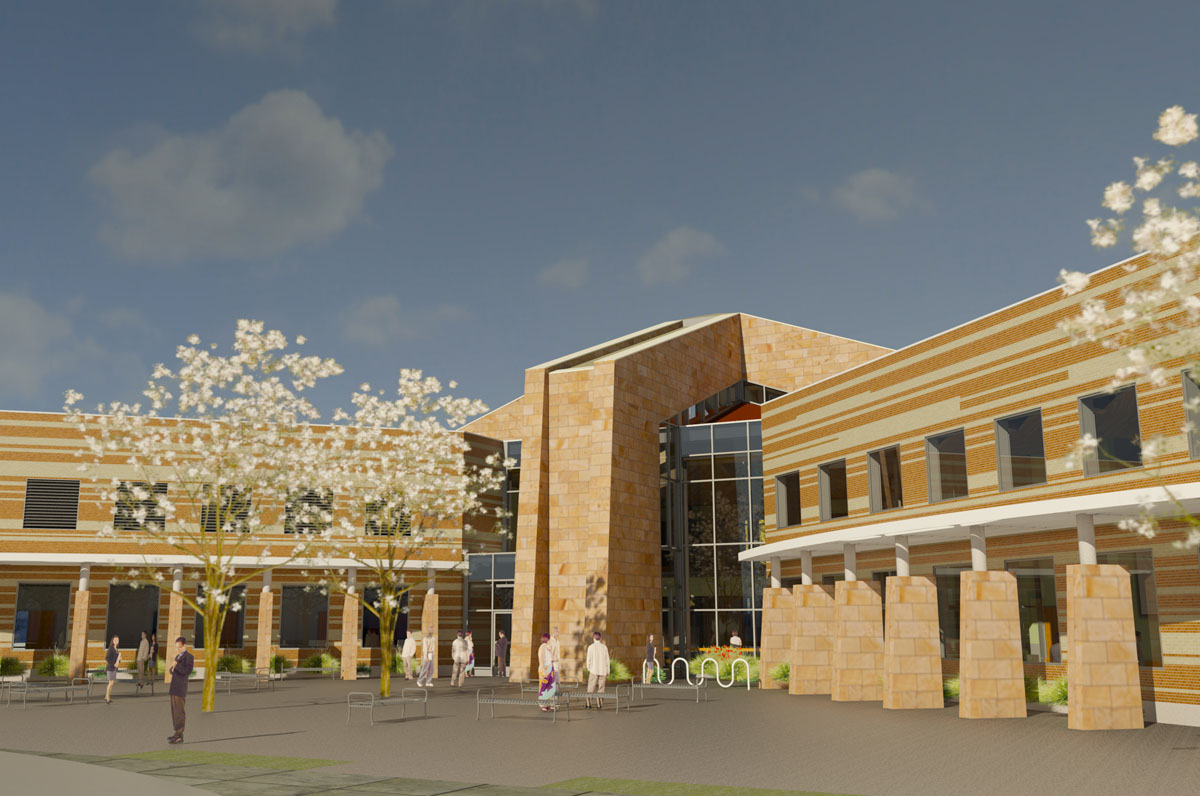 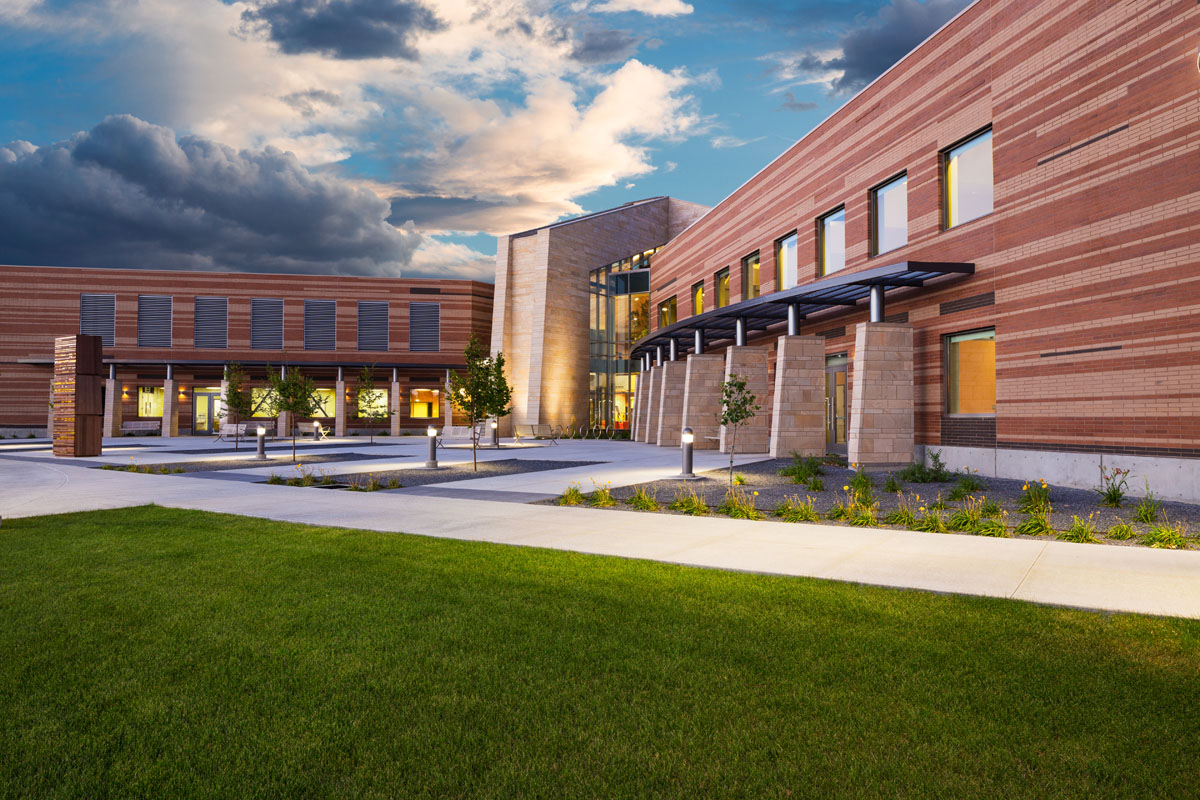 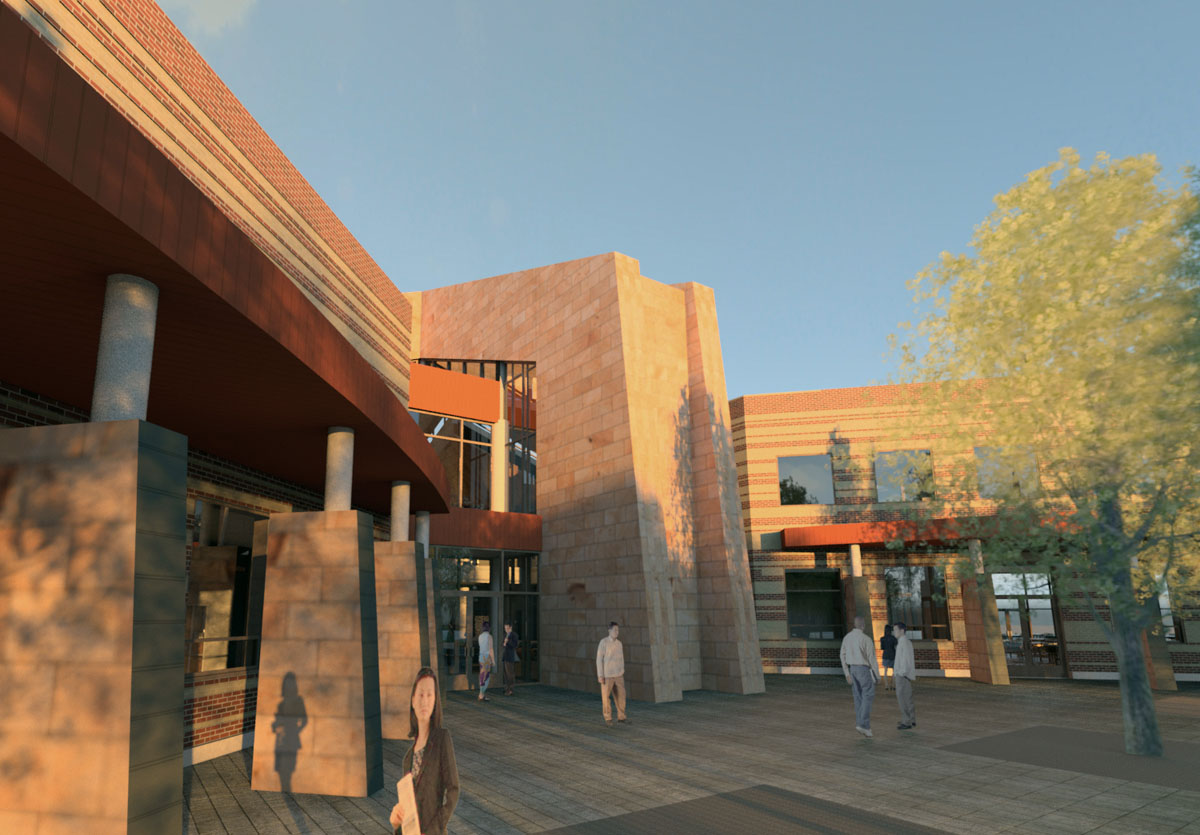 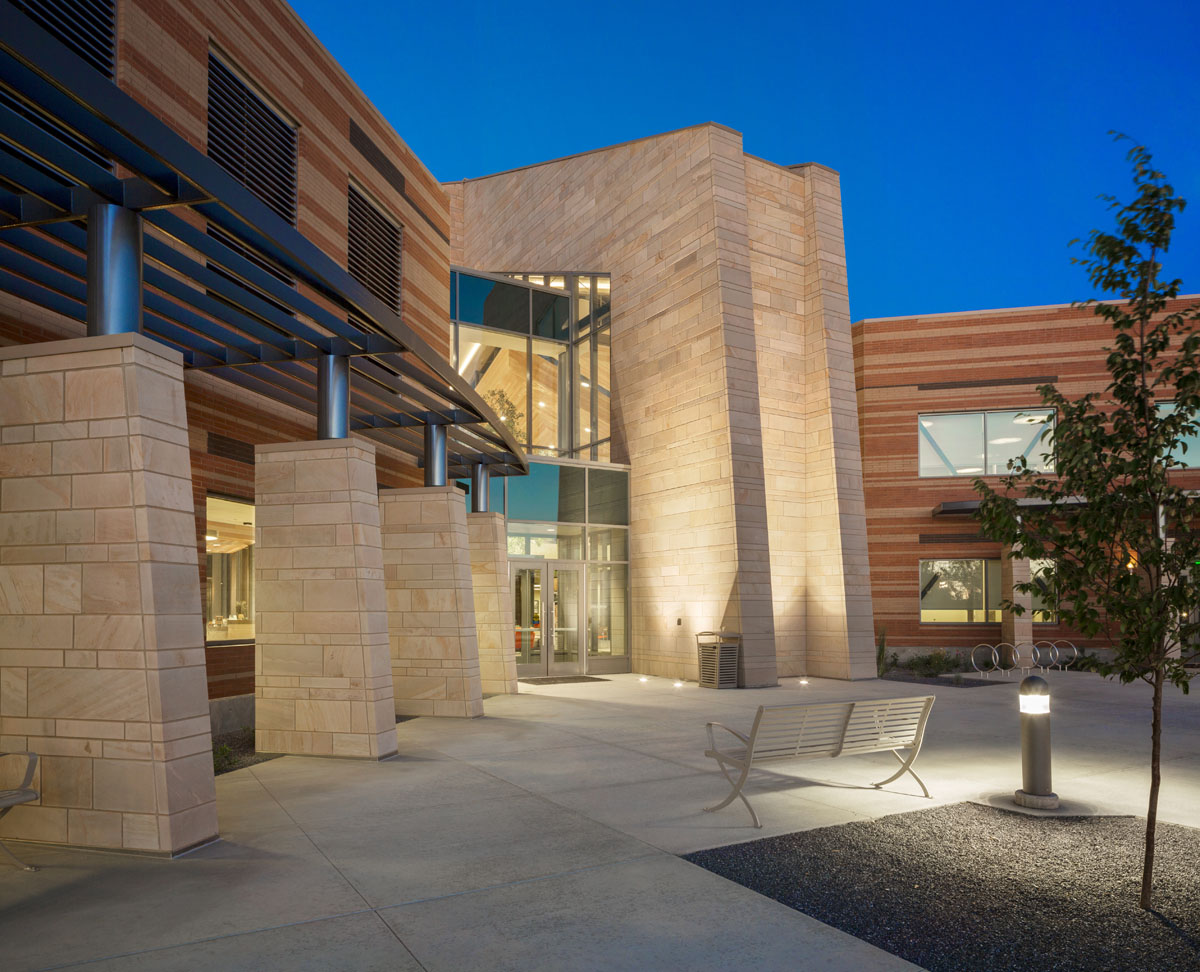 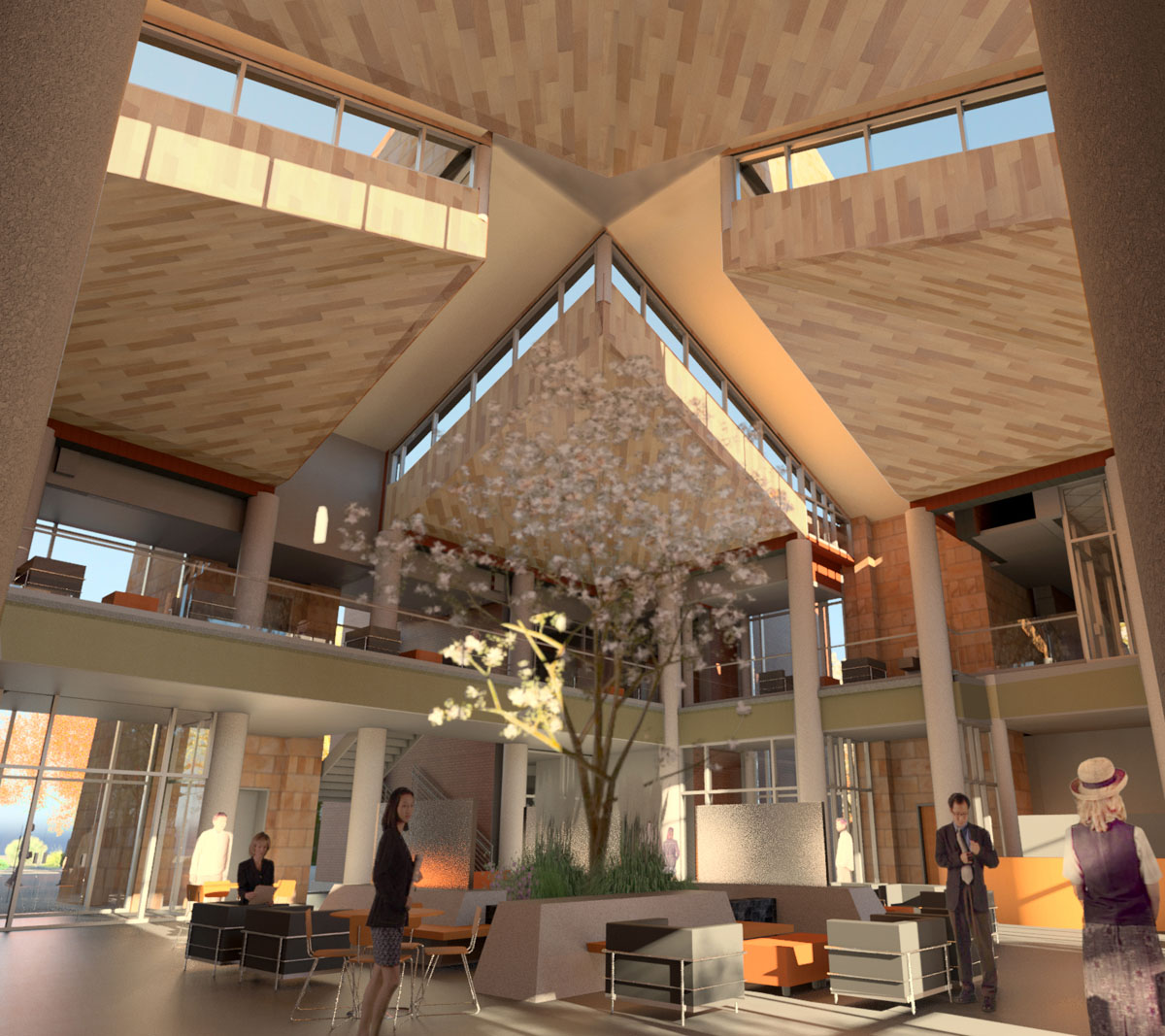 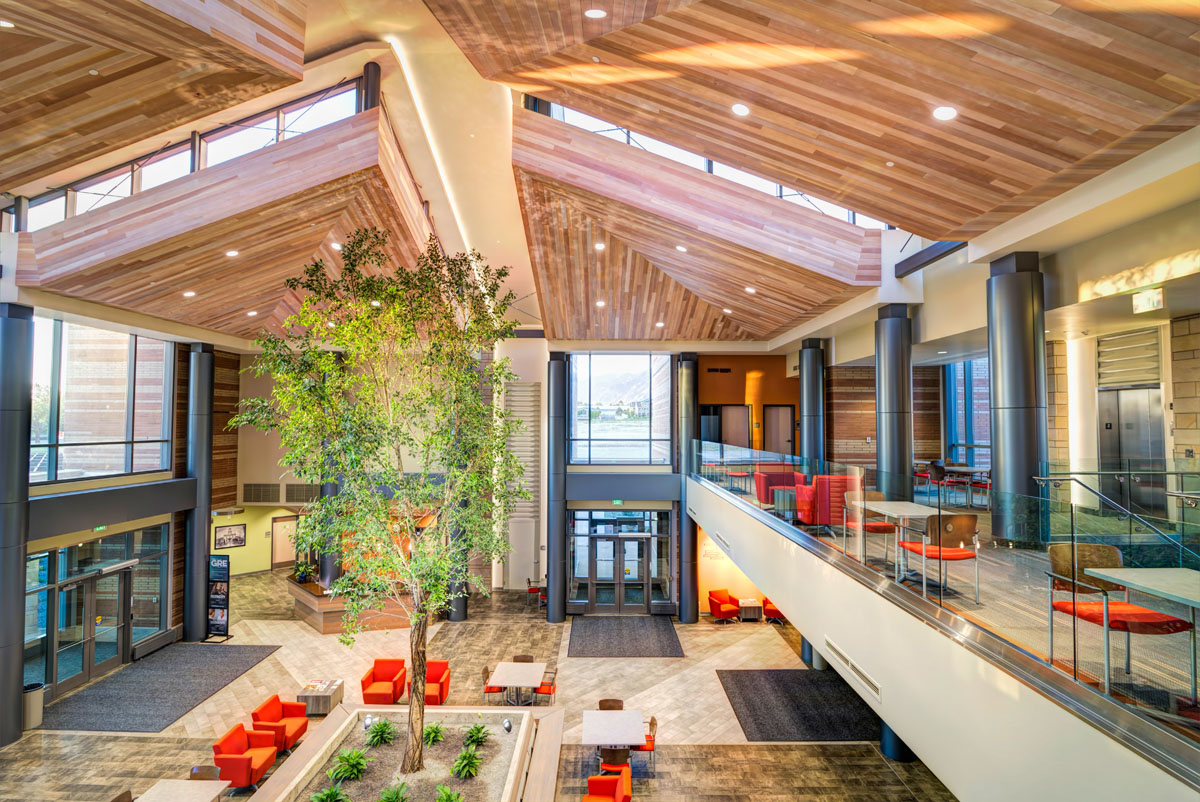 We were asked to design the first building on Utah State University’s new Brigham City campus, a challenge that presented the Campus Starter Concept. Brigham City had many agricultural and geological patterns from which to draw a framework for the academic building concept. Taking reference from the historic Lake Bonneville shorelines, adjacent mountain profile, and the agricultural fruit tree heritage of the community, the language and layering of the building was designed to create a new icon and landmark for the Brigham City community as well as a new academic satellite to Utah State University.

With the goal of creating an entire campus within a single building, the campus starter concept was developed. Each of the four building wings is arranged around the towering central exoskeleton structure to create four distinct exterior plazas and four distinct building entrances. As future buildings are placed as the campus grows, the arrangement of multiple wings and plazas of the campus starter concept will easily accept and engage future development with flexibility.